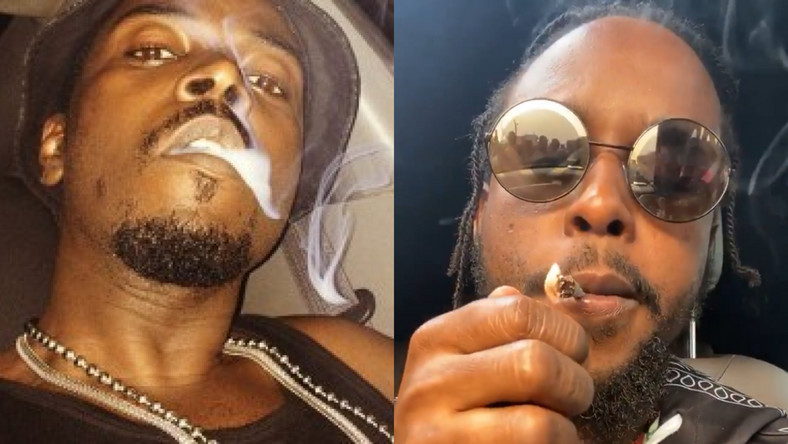 Dancehall artiste Popcaan has asked Kwaw Kese to team up with him to fight for the legalization of weed in Ghana, after he was called out for smocking the banned substance in public.

Kwaw Kese posted on Instagram that “Only in Ghana foreigners Can fuck up like this . When @kwawkese smoked in public he was arrested . So this means our Law set only to control on the citizens but foreigners are free To Go ..the most painful part is Ghana police . None of them was able to speak the truth out because of the small coins which will be given out .. Ooh Ghana.”
The Jamaican dancehall artiste responded to Kwaw Kese’s post, proposing a meeting so they could discuss ways to pressure the government to legalize weed.
“I’m not a foreigner bro. We all came from Africa. Don’t be mad bro. Let’s try to organize a meeting with the government to legalize weed. It’s simple #unruly,” Popcaan’s commented on Kwaw Kese’s post.
The Jamaican arrived in Ghana in December 2019 for the Year of Return and recently purchased a home at East Legon.
He took time out to visit the historic Cape Coast Castle, where slaves were shipped off during the Trans-Atlantic slave trade 400 years ago and even laid a wreath in commemoration of his ancestors.
It will be recalled that Kwaw Kese was arrested and served jail term for smocking weed in Kumasi.
The anger has largely been because the police failed to arrest him, with many questioning if foreigners could do as they please in Ghana.