A new report has it that Moesha Boduong has a son that she doesn’t want people to know about.

The gossip was spilt on social media by an anonymous blog with claims that the actress has deliberately kept her son away from the media so that she can live a free life without criticisms of her being a mother.

A post on the blog reads “Time to spill some hot tea on Princess Shyngle Friend Moesha. Did y’all know that Moesha has a son that’s 8 years old she lies to everyone saying that’s her cousin son but it’s a damn lie”.

The blog, thetearoomofafrica, added that “she had the baby and left him with her dad and stepmom to raise while she’s out there galavanting with rich married men travelling the world and forming big girl Aunty moe go and take care of your son oh”.
The actress who has been since the beginning of the year has not responded to the report yet for any denial or confirmation. See a photo of Moesha and her alleged son below. 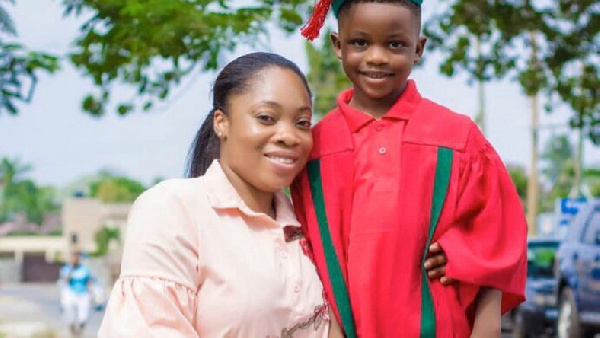 Actress Brenda Ngxoli grateful for her own dressing room

Lady set to wed man she called earpiece thief in 2016