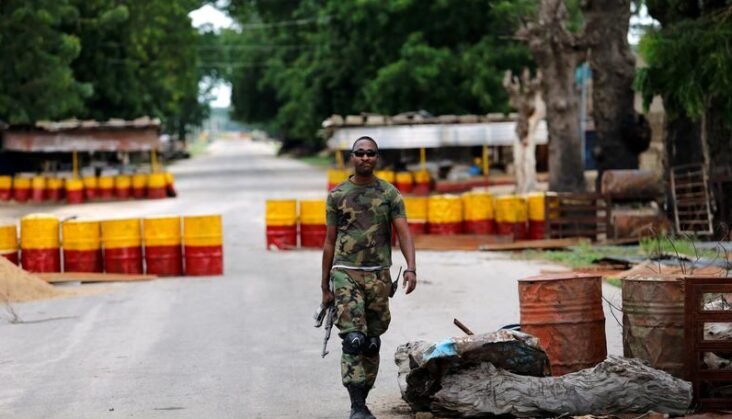 Extensive research exists about the causes and complexities that surround security challenges on the continent. What’s proven difficult is creating real-world solutions based on this literature.
For example, we know that economic inequality is an important indicator for identifying areas that are, or could become, vulnerable to conflict. However, it’s unclear how to translate this insight into actionable plans for prevention and protection.
The key to connecting what we know, with what we can do, lies in new technology.
Now, geospatial data, combined with artificial intelligence (AI) and machine learning (ML), can be used to understand population characteristics at a granular level. This means it’s possible to target human-centric indicators that influence security, such as employment levels, access to services, and education for any country, region, or neighbourhood.
This information can be combined with other data inputs, such as the locations of recent violent outbreaks by extremist groups.
The game-changing impact of this technology is best illustrated with an example:
In 2017, UNDP published a ground-breaking report entitled “Journey to Extremism in Africa: Drivers, Incentives, and the Tipping Point for Recruitment.” The study was drawn from an unprecedented number of recruits from violent extremist groups, spanning the continent.
Two of its most important findings were:
One: Economic factors are key drivers of recruitment.
Poverty, unemployment and underemployment is a “major source of frustration” for individuals who later join violent extremist groups. If an individual was studying or working, UNDP found that she or he would be less likely to join an extremist group.
Two: Suffering abuse at the hands of government is a major “tipping” point.
71% of individuals surveyed in the study pointed to the “killing of a family member or friend” or “arrest of a family member or friend” as the incident that prompted them to join an extremist group.
Can we identify towns and villages in northeast Nigeria with greater susceptibility to Boko Haram or ISIS-West Africa (ISIS-WA) recruitment? And, can these techniques help us identify localized vulnerabilities across the entire continent?
This article attempts to answer these questions by using human geography, combined with geo-located government operations.
First, a team of analysts produced human-centric data layers to identify areas with a higher proportion of underemployed youth. The map (below) shows a higher proportion of vulnerable youth on Borno state’s eastern border with Chad and Cameroon. Notably, this area is near the Lake Chad Basin, where Islamic State-West Africa (ISIS-WA) operates, and it’s relatively far from major highways. 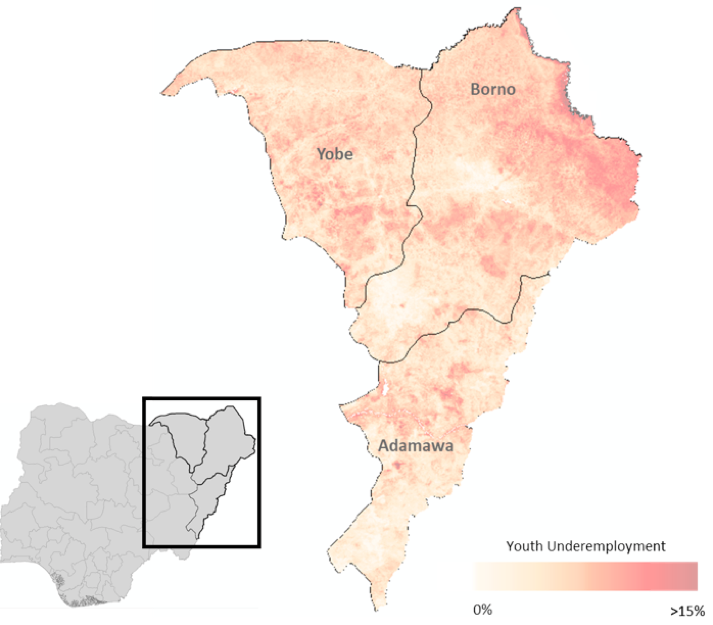 The next step was geo-locating government-initiated operations against Boko Haram or ISIS-WA between 2017 and 2019. These towns or villages are more likely to have experienced abuse by the security services.
They  also developed a profile of specific locations, such as the towns of Marte and Wurge, where UNDP’s findings of high underemployment and potential government abuse appear most relevant.
Both communities experienced government-initiated operations and are also vulnerable to Boko Haram attacks.
The study’s machine-learning (ML) algorithms identified Marte and Wurge as areas reflecting the socio-economic, demographic, and geographic characteristics of communities that Boko Haram has a pattern of attacking.
On a scale of 0 to 100 (highest), Marte and Wurge score 71 and 91, respectively. 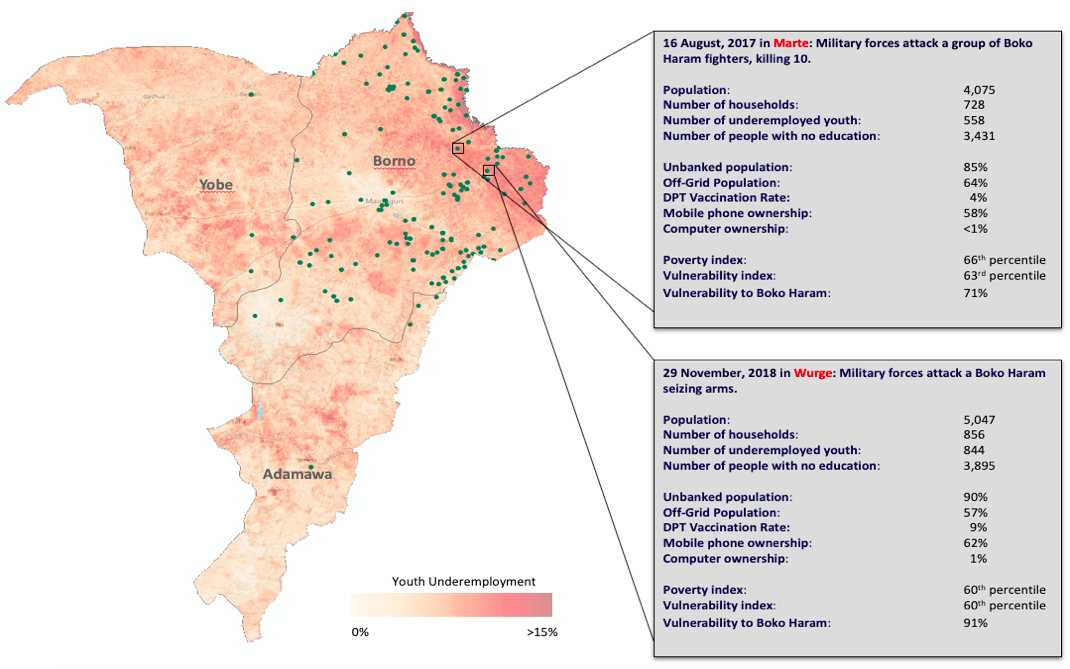 The unique data produced using AI/ML enabled the analysts to apply findings from the UNDP’s report to northeast Nigeria in highly localized and actionable ways, identifying specific towns and villages with greater susceptibility to Boko Haram or ISIS-West Africa (ISIS-WA) recruitment.
These results could help the Nigerian government and its international partners direct new programmes and initiatives to these areas, as well as refine Preventing Violent Extremism (PVE) interventions.
Moreover, these techniques are now possible for the entire continent, whether its Al Shabaab recruitment in Kenya or Ahlu Sunna wa Jama (ASWJ) in northern Mozambique or Jama’a Nusrat ul-Islam wa al-Muslimin (JNIM) in the Sahel and coastal areas of West Africa.