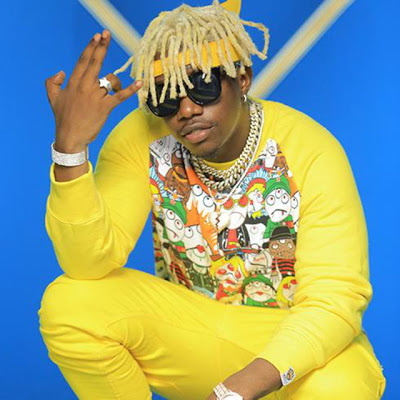 Award-winning Tanzanian talented sensational singer and serial hitmaker, Rayvanny unleashed a brand new potential hit track to kick start the new year with the track in which he tagged “Zipo“. Vanny Boy is really in a good mood this year as he launches this dope track for all his music fans without wasting so much time to refresh their various playlist as they journey through the year 2020.

Rayvanny who has been known for his various track released last year, which breaks the waves and go abound the mainstream, which has really made him top-notch in the Tanzanian music industry, hits the nail on the head once again on this brand new classic vibe where he has also he features the effort of South Africa vocalist and hitmaker, Busiswa and also Baba Levo who has delivered some hot verse and both spiced up the song with their sweet vocal.  This will be Rayvanny’s first single debut single for the year. This is quite an impressive song to begin the year.

The track is also accompanied by a befitting and colorful music video for your viewing pleasure. In which he as well premieres and commissions the highly awaited visuals of the impressive song whose video has also already been released for the fans to enjoy and also to enhance the fast promotion and so far received much love. The visuals were been shot & Directed by Eris Mzava.
Listen and Enjoy!