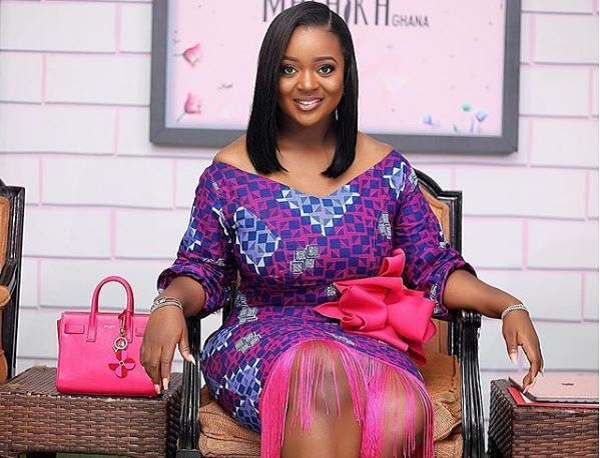 The Ghanaian movie industry over the years has seen some talented actors and actresses who at all times have proven to movie lovers and critics that they are up to the task looking at the various roles they’ve taken up in well-scripted movies.

One of those actresses is Canadian-born Ghanaian actress, Jackie Appiah whose works in the movie industry cannot be overlooked, in fact, she is the dream and role model of many young and upcoming actresses.

Jackie Appiah as an entertainer has carried herself very well over the years and also remains one of the few respected celebrities across the Africa continent. She is very famous in Africa.

Jackie Appiah Agyemang was born in Canada to Kwabena Appiah and Janet Owusu on December 5, 1983, but she moved with her mother to Ghana at the age of 10 in 1993.

She rose to stardom after she starred as Enyonam Blagogee in the popular television series, “Things We Do For Love” with the likes of Majid Michel, Adjetey Anang and others.

Jackie Appiah’s acting skills gained her the popularity and propelled her to greater heights in both Ghanaian and Nigerian movie industry.

Jackie Appiah gained grounds in the Ghanaian movie industry and made a name for herself after she starred in the much-talked-about movie “Beyonce” with Nadia Buari, Van Vicker and other popular actors and actresses.

After starring in a couple of Ghanaian movies such as “Beyonce”, “Princess Tyra”, “Passion of the soul”, “Pretty Queen”, “The Princess Bride”, “The King is mine” and others made a breakthrough onto the Nigerian movie industry popularly called Nollywood.

She acted with popular actors such as Ramsey Noah and Emeka Ike in the movies “Black soul”, “Bitter Blessing”, “My Last wedding” and others.

Below are some of the movies Jackie Appiah has starred in;

Jackie Appiah in her over a decade acting career can boast of winning some prestigious awards as well as numerous nominations.

She then went ahead and won “Best Actress” and “Best Ghanaian Actress” in the movie “4Plays” at the 2010 Ghana Movie Awards and City People Awards.

Jackie Appiah in 2011 got two nominations at the 2011 Ghana Movie Awards and Nigerian Entertainment Awards for the movie “Reason to kill” and won in the category “Pan African Actress of The Year” and losing in the category “Best Actress Leading Role (English)”.

In 2015, she was nominated for “Best Comedy Actress” and “Favourite Actress” in the movie “A letter from Adam” at the 2015 Africa Magic Viewers Choice and 2015 Ghana Movie Awards.
Jackie Appiah is one of the few Ghanaian actresses who can boast of numerous properties and luxurious cars costing millions of Ghana Cedis.

Aside from owning expensive cars and mansion, she is also the brand ambassador for Pan-Africa Hair Growth.

Jackie Appiah got married to Peter Agyemang in 2005 but got divorced 3 years after the marriage. They have a son called Damien.

Reasons behind their divorce are still not known by the public but in the wake of their divorce, it was rumoured that the couple disagreed on many things hence divorce became the only option.

Her huge following has been attributed to her works over the years as well as her expensive travels around the world and posting of beautiful photos on social media.

She was recently in the news after pictures and videos of her being served with breakfast in a swimming pool on her vacation in the Maldives went viral on social media.